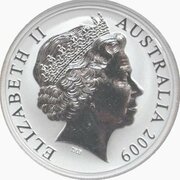 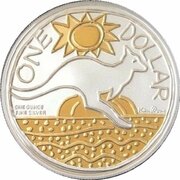 Released by the RAM in 2009 is this Fine Silver Proof Gilded coin. It was designed by Ken Done  a famous Australian Artist who specialised in modernistic, colourful artwork & design. It was issued in a plush case with certificate. 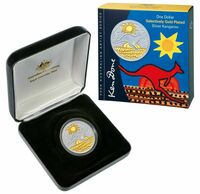