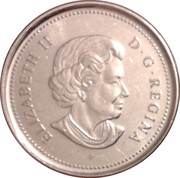 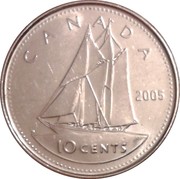 Translation:
Elizabeth II, Queen by the grace of God
P=Plated

2006 the mint mark "P"  was last used and the Royal Canadian Mint Logo was also started.