Translation:
Georgia
Power is in unity
2006 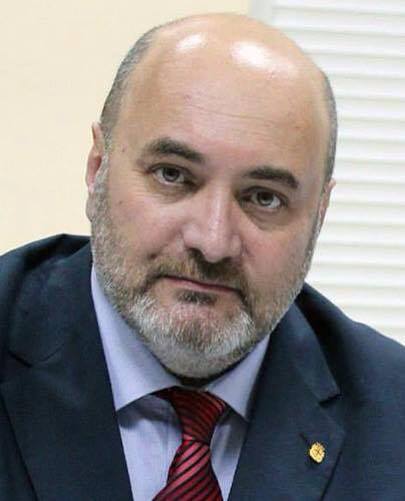 Mamuka Gongadze (21 October 1963, Tbilisi) is a Georgian heraldry specialist, architect, and artist. He is the author of the Georgian state coat of arms.

Mamuka Gongadze (21 October 1963, Tbilisi) is a Georgian heraldry specialist, architect, and artist. He is the author of the Georgian state coat of arms.

Reeded with incuse lettering: the country name in Georgian and English, readable with either side up

First mintage of 2006  1 Lari coins were struck at Royal Dutch Mint  . After 2006, the circulation increased several times. Coins were minted in various mints of Europe. Unfortunately, the exact number of first mintage, as well as the number of coins added at different times, as well as exact later mints, is unknown yet.
So, year "2006" is frozen year on 2006 coins, as well as "1993"  on previous coin family  (1-50 tetri )


Image shows both varieties of edge lettering: Fine and Bold one: