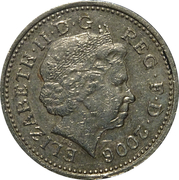 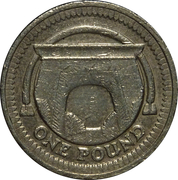 A representation of the Egyptian Arch railway bridge at Newry in Northern Ireland, inside a border of railway station canopy dags.

Reeded with a decorative pattern symbolising bridges and pathways