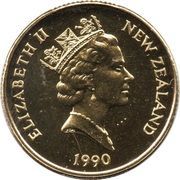 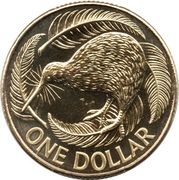 Kiwi surrounded by leaves and native ferns, denomination below.

The Kiwi is considered an appropriate design for the dollar, bringing to reality the colloquial term 'Kiwi Dollar'.