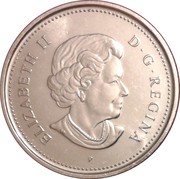 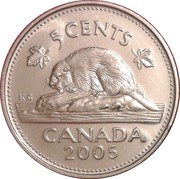 A beaver, over the inscription "CANADA", surrounded with the face value, flanked on both sides by a maple leaf

The 'P' composition mark was used until 2006 to indicate multi-plated coins. A new Maple Leaf Logo was introduced in the same year; pieces with the RCM Logo are indicated by an 'L' in this catalog.

There also exists also a 2006 cupro-nickel version with neither the 'P' Composition Mark nor the Maple Leaf Logo. 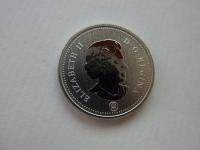 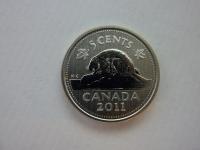