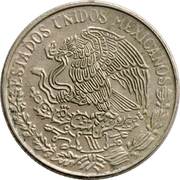 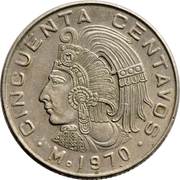 Revised National Arms (Eagle on cactus facing left with snake in beak above wreath), with the inscription forming a semicircle above it.

Portrait of Cuauhtémoc facing left, with feather crown. Value around the top half. Monogram 'Mo' of the Mexico City Mint is in the feather crown with 'o' atop of the mintmark and under the bust with 'o' to the right of 'M' next to the date.

Examples and comparisons of the different varieties: 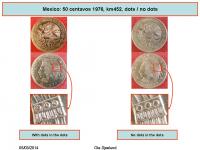 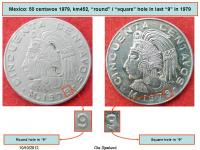 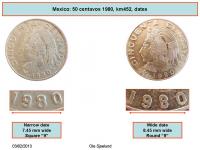 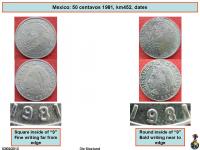