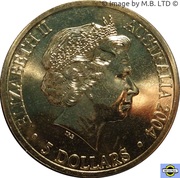 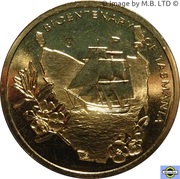 Bicentenary of European settlement in Tasmania

Depiction of the Lady Nelson brig in full sail superimposed on a map of Tasmania. Blossoms of the Leatherwood plant, endemic to Tasmania to the left and right.
Counterstamped with (H) 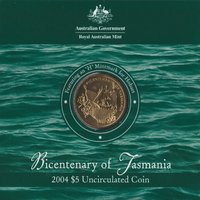 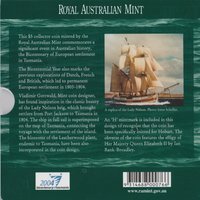 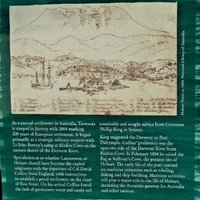 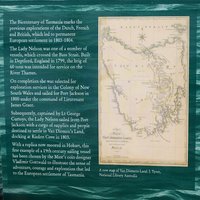 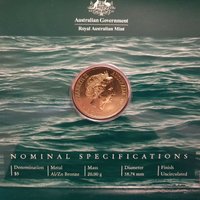 The Bicentennial Year also marked the previous explorations of Dutch, French and British explorers, which led to permanent settlement in 1803 - 1804. The (H) counterstamp is included on the reverse design to recognise that the coin was specifically minted for Hobart. Coins that were minted in Hobart on the RAM's Mobile Press have a shallower counterstamp (2,841 Copies).

A Fine Silver (.999) Proof version of the coin was also released without the (H) Counterstamp.