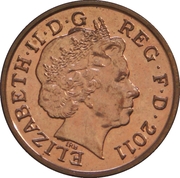 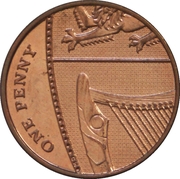 Introduced in 2008 when the small coinage designs were changed from the Emblems of Britain to the Royal Shield of Arms. The 2008 coin was issued part way through the year and so was not part of the annual coin sets, however it was issued in both a Brilliant Uncirculated set (Issue Limit: 100,000) and a Proof set (Issue Limit: 20,000) it was also issued in silver proof, silver piedfort, gold proof and platinum proof. 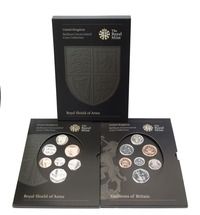 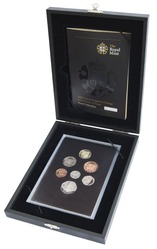 The 2015 strike was issued as part of the dual set to commemorate the change from the 4th portrait to the 5th and was also struck in silver proof, gold proof and platinum proof. 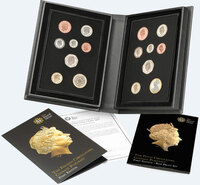