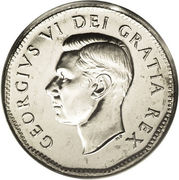 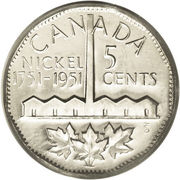 200th Anniversary of the Discovery of Nickel

A nickel refinery, above three maple leaves, is accompanied with the legend "NICKEL 1751-1951", the face value and the inscription "CANADA". Canada was then the first world nickel producer.