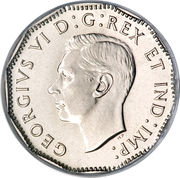 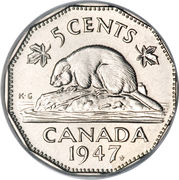 The portrait in left profile of George VI is surrounded with the inscription "GEORGIVS VI D:G:REX ET IND:IMP:" meaning: George V, by the grace of God, the King and Emperor of India 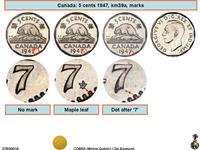