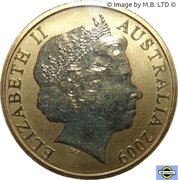 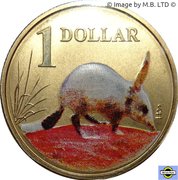 Bilby standing on red sand with reedy grass on left 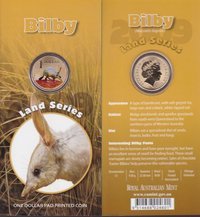 Bilbies live in burrows and have poor eyesight, but have an excellent sense of smell for finding food. These small marsupials are slowly becoming extinct. Sales of chocolate "Easter Bilbies" help preserve this vulnerable species.