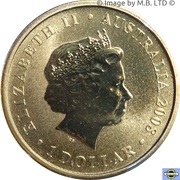 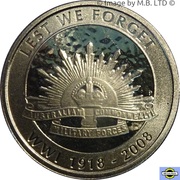 90th Anniversary of the End of WWI

Minted by the Perth Mint but released in two different PNC's by Australia Post on 3/11/2008.
One was mintage to order and the other had a mintage of 1,111.

This coin displays the Rising Sun Badge of the Australian Army. The design is very similar to a coin released by the RAM in 2001. See Link below.

Australia Post also released a folder containing this coin with two minisheets of stamps. This set limited to 1,000 folders. 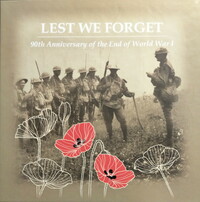 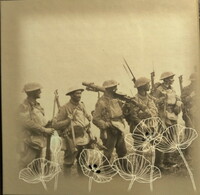 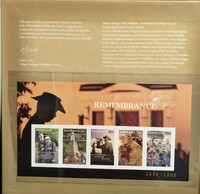 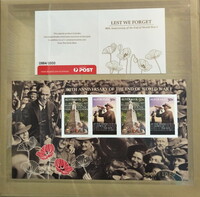 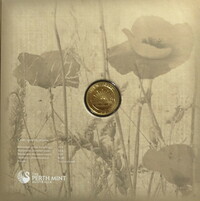