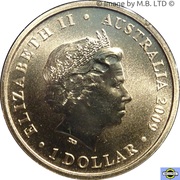 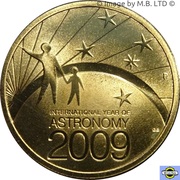 Depiction of two people looking at the night sky

Struck by the Perth Mint but Issued exclusively by Australia Post in PNC Issue 4 of 2009.