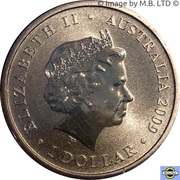 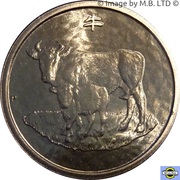 Ox Standing with chinese character for Ox above

Struck by the Perth Mint but Issued exclusively by Australia Post in PNC issue 1 of 2009.