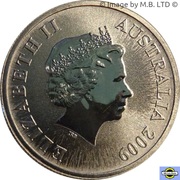 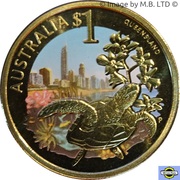 Released by the Perth Mint in 2009 in a coincard as part of a set of 8 coins celebrating the six States and two Territories of Australia. This coin is for Queensland.