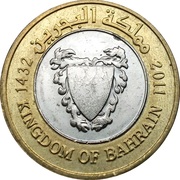 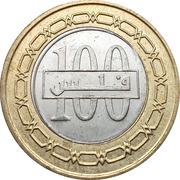 The Coat of Arms of Kingdom of Bahrain and the Country's Name in Arabic and English along with the Hijri (Islamic) and Gregorian dates in English.