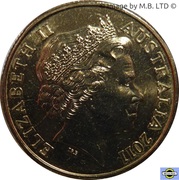 The Head of the Merino Ram, which showed on Australian shilling coins (1938-1963) until Australia introduced decimal coinage.
Seven pointed star to left and right, C Mintmark above right star

This Aluminium-bronze NCLT coin was issued by the RAM as a restrike design & to commemorate the Australian pre decimal Shilling coin. Various Mintmarks, Privymarks & Counterstamps were used with this coin as follows... 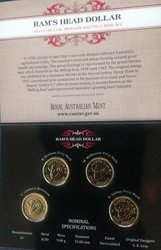 The coin was also issued with "C" mintmark at the RAM Gallery Press (mintage unknown). 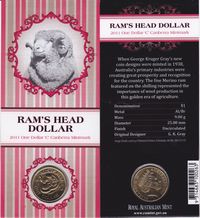 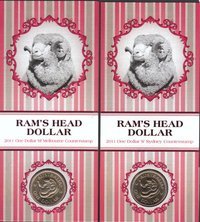 A Fine Silver (.999) version with a "C" Mintmark was also released in a capsule inside a plush black box with numbered certificate. A 1/10oz 99.99 Proof Gold version was also available.