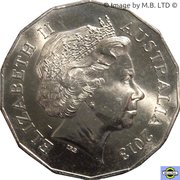 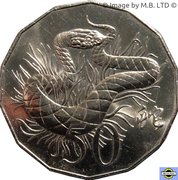 Snake in grass, Chinese character for snake to right

Released by the Royal Australian Mint is this NCLT Copper-nickel 14 sided coin. The coin was released in a folding coincard. This the second 50 cent Lunar Year commemorative and is also a 14 sided Tetra-Decagon coin. This is the only series with this shaped coin. 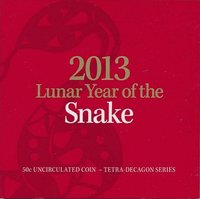 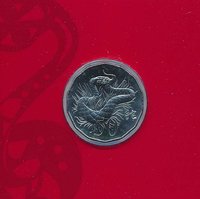 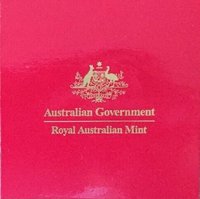 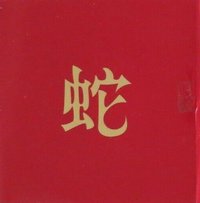 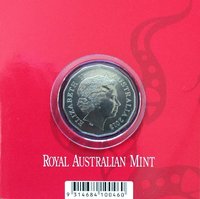 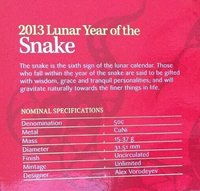 As the Chinese Lunar Calendar ushers in the Year of the Snake, the innovative tetra-decagon series continues with its second annual release. The Chinese Lunar Calendar is a twelve-year cycle. Each cycle is represented by a different animal, each with its own distinct personality. People born within each lunar year are believed to possess the qualities of that year’s animal, using those traits to achieve success and happiness throughout life.
Previous Years  releases are:-
2012: Year of the Dragon

A limited number were released in a special box encased in a numbered perspex stand in the shape of Australia. 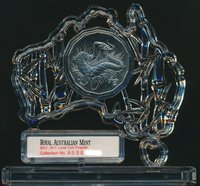 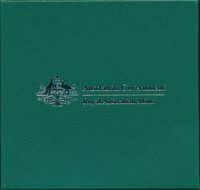