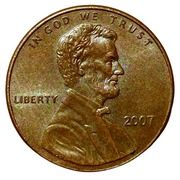 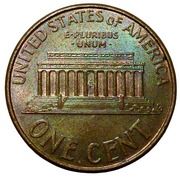 The portrait in right profile of Abraham Lincoln, the 16th President of the United States from 1861 to 1865, is accompanied with the lettering "LIBERTY" and the motto "IN GOD WE TRUST".

The Lincoln Memorial is surrounded with the face value in full, the lettering : "UNITED STATES oF AMERICA" and the motto : "E • PLURIBUS • UNUM •".

From 1974 through 1986, a number of these coins were minted in the United States Bullion Depository, West Point. These coins lacked a mintmark and are indistinguishable from the Philadelphia issue. 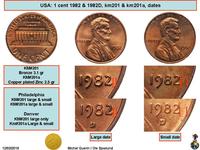 Die 006 - G in FG flared, AM to AMERICA widely spread, bolder script. See on the first photo above by Heligal for year 1992.

In the American numismatics the business strike of 1988 with die 006 is named 'transitional'. 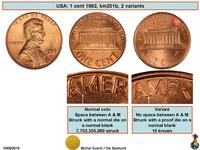 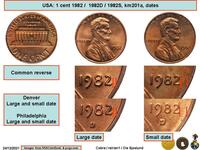 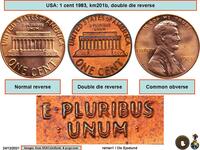 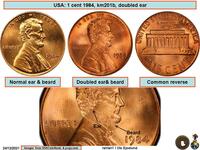 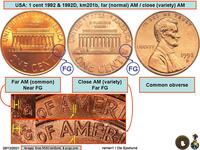 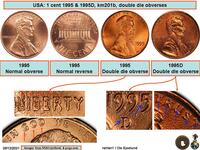 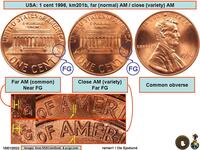 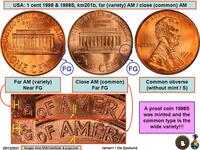 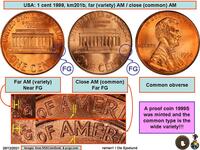 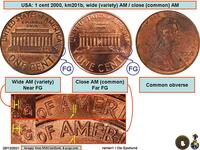 The lowercase "o" in the the reverse lettering "THE UNITED STATES oF AMERICA" is not an error. According to the final report of the Lincoln sesquicentennial commission, it was a choice of the artist Frank Gasparro, who said that the small "o" was not done in error but rather had been done deliberately to give design appeal to the lettering on the penny. Citing precedents for the lowercase letter, such as the Franklin Half Dollar, the Liberty Walking Half Dollar, the Peace Dollar, and several commemoratives, he said, "I did it to break up the pattern."