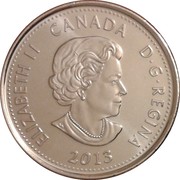 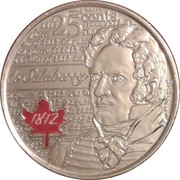 Translation:
Canada
Elizabeth II, Queen by the Grace of God
2013