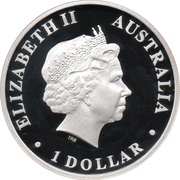 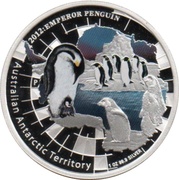 Coloured image of Emperor Penguins and two chicks standing on ice floes, which appear within the outline of Antarctica. The Perth ‘P’ mintmark is included in the design.