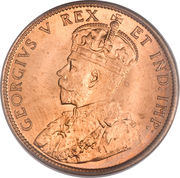 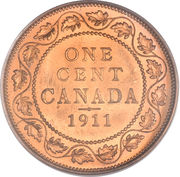 The portrait in left profile of George V is surrounded with the inscription "GEORGIVS V REX ET IND:IMP" (George V, King and Emperor of India)

The face value, accompanied with the inscription "CANADA", is encircled with maple leaves wrapped around a vine