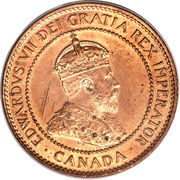 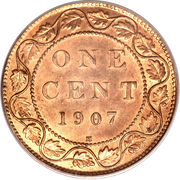 Translation:
Edward VII King and Emperor by the grace of God

The face value encircled with maple leaves wrapped around a vine 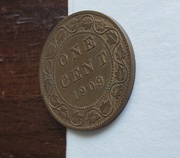 Attention : 1907 no H, coin alignment, only one certified.