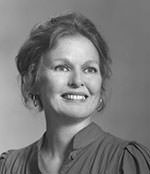 Elizabeth Jones was the eleventh Chief Engraver of the United States Mint, holding this position from 1981 until her resignation in 1991.

Eastern facade of Washington’s home at Mount Vernon, with a heraldic eagle appearing below

Lettering:
UNITED STATES OF AMERICA
IN GOD WE TRUST
HALF DOLLAR

Elizabeth Jones was the eleventh Chief Engraver of the United States Mint, holding this position from 1981 until her resignation in 1991.

Coins were struck in 90% silver and represented the first 90% silver coins to be produced by the United States Mint since 1964. Proof and uncirculated versions were issued, with proof coins struck at the San Francisco Mint and the uncirculated coins struck at the Denver Mint. A maximum authorized mintage of 10 million coins was established by law. The coins were initially sold at a discount during a “pre-issue” period before regular prices went into effect.

Unlike most subsequent modern commemoratives, the George Washington Half Dollars were produced in anticipation of sales throughout 1982 and 1983, although all coins were dated 1982. When the US Mint finally stopped accepting orders for the coins on December 31, 1985, a quantity of more than one million unsold coins were melted. Nonetheless, the program achieved a profit of more than $36 million, which was deposited into the Treasury General Fund.

Due to the high mintage of this issue, the coins remain readily available for present-day collectors. The predominant factor in valuing the coins is the market price of silver, based on the coin’s silver content of 0.36169 troy ounces.

Bullion value: USD 8.10 Search tips
This value is given for information purpose only. It is based on a price of silver at 720 USD/kg. Numista does not buy or sell coins or metal.