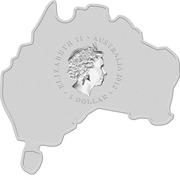 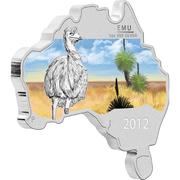 Coloured reverse depicts an Emu against a background of a bush scene with grass trees.