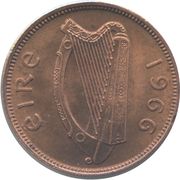 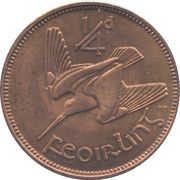 The coins dated from 1939 to 1946 were struck for the Dominion of Ireland, whose head of state was King George VI.

The coins dated from 1949 to 1966 were struck for the Republic of Ireland.