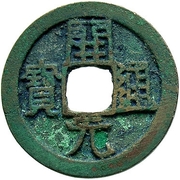 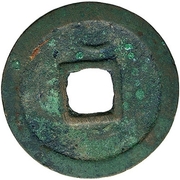 Ouyang Xun (557–641) was a Chinese calligrapher, politician, and writer of the early Tang Dynasty. He was born in Hunan, Changsha, to a family of government officials; and died in modern Anhui province. He notably wrote the inscription of the Kaiyuan Tongbao cash coin which became one of the most influential coins in Chinese history, this coin also influenced the calligraphic styles of other coinages in Japan, Sogdia, and Vietnam.

At least one crescent at various locations.


Hundreds of reverse varieties exist, including various position of lines, dots, and crescents. Hartill gives the following reverse varieties (indicated by letters), with each letter variety being applicable to each Hartill number: 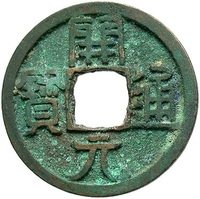 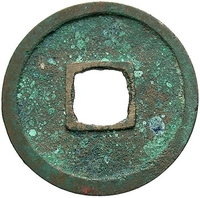 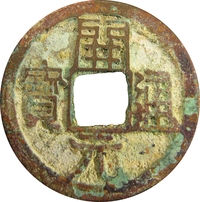 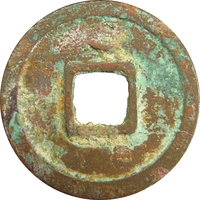 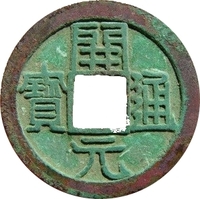 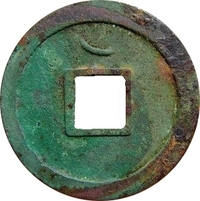 » Buy coins from the Empire of China