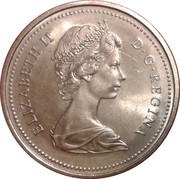 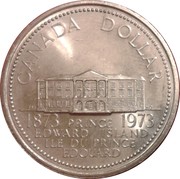 100th Anniversary of the Accession of Prince Edward Island

P.E.I.'s Provincial Legislature building is accompanied with the bilingual legend "PRINCE EDWARD ISLAND ÎLE DU PRINCE ÉDOUARD" and the dates "1873" and "1973" and is surrounded with the inscription "CANADA" and the face value