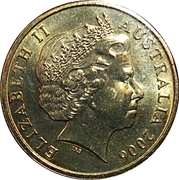 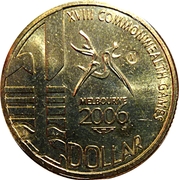 2006 saw Melbourne, Australia, host the XVIIIth Commonwealth Games in which 71 countries participated in 247 events including aquatics, cycling, gymnastics and shooting. The event was officially opened by her majesty Queen Elizabeth II on 15th March 2006. The RAM released this NCLT coin in a coincard to celebrate the event. The coin was actually minted at the RAM in Canberra despite the "M" mintmark on the coin. 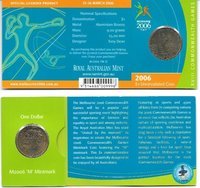 Sixteen NCLT 50 cent coins were also released in coincards and an Album to commemorate the Games as well as two $5 NCLT Coins.