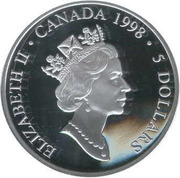 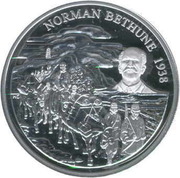 Harvey Chan is an artist and educator, born in Hong Kong and educated in Canada

Henry Norman Bethune  (March 4, 1890 – November 12, 1939; Chinese: 白求恩; pinyin: Bái Qiú'ēn) was a Canadian physician, medical innovator, and noted anti-fascist. Bethune came to international prominence first for his service as a frontline surgeon supporting the democratically elected Republican government during the Spanish Civil War. But it was his service with the Communist Eighth Route Army during the Second Sino-Japanese War that would earn him enduring acclaim. Dr. Bethune effectively brought modern medicine to rural China and often treated sick villagers as much as wounded soldiers. His selfless commitment made a profound impression on the Chinese people, especially CPC's leader, Mao Zedong. The chairman wrote a famous eulogy to him, which was memorized by generations of Chinese people. https://en.wikipedia.org/wiki/Norman_Bethune

A member of this site wants to exchange it: eurostacker

Bullion value: 25.60 USD Search tips
This value is given for information purpose only. It is based on a price of silver at 816 USD/kg. Numista does not buy or sell coins or metal.