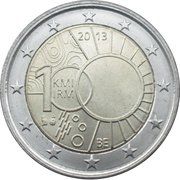 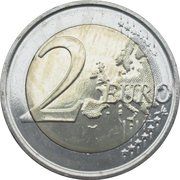 The obverse of the coin displays in its centre the number 100 with the first zero encircling the abbreviations ‘KMI’ and ‘IRM’ and the second zero representing a sun. Isobars, raindrops and snowflakes are depicted to the left of the sun. The year ‘2013’ is displayed in the upper rays of the sun and the nationality ‘BE’ is indicated in the lower rays. The mark of the mint master and the mark of the Brussels mint, a helmeted profile of the Archangel Michael, are displayed under the ‘1’ of the number ‘100’. The coin’s outer ring bears the 12 stars of the European Union. 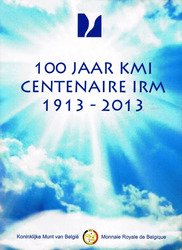