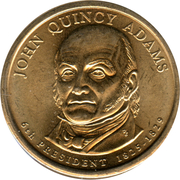 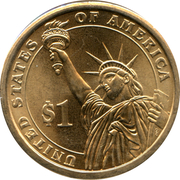 Statue of Liberty with the denomination to the left

Engraved with date and both mottos, the edge lettering on Presidential and Native American Dollars can be in Positions A or B