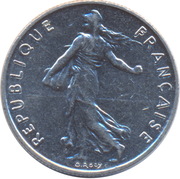 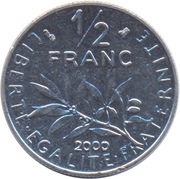 The Sower, designed by Oscar Roty in 1900: a national emblem of the French Republic

Underneath the face value, an olive branch is surrounded with the French motto: "LIBERTE - EGALITE - FRATERNITE" (liberty, equality, fraternity)

The 1993 'No mark' has missing privy marks both sides of denomination ... 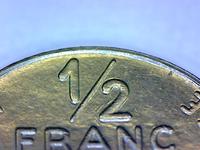 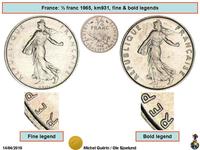 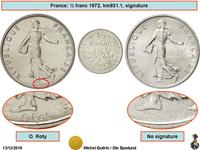