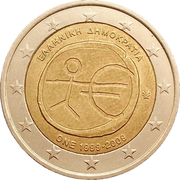 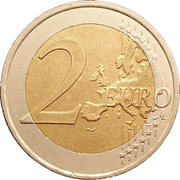 The design was chosen out of a shortlist of five by members of the public across the European Union voting online. It was created by George Stamatopoulos, a sculptor from the Minting department at the Bank of Greece.
The coin was issued in bankrolls and in BU allong with the official year KMS blister.