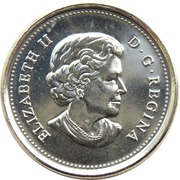 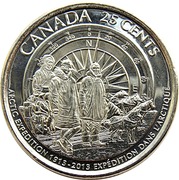 Bust of Queen Elizabeth II in the center, encircled by lettering

A group of three men beside a dogsled, the waiting dog team before them listening for the command to move on across the Arctic tundra with the skyline and horizon in the background are filled with a stylized image of a compass 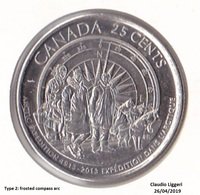