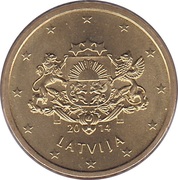 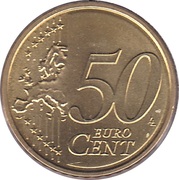 The obverse of the coin features the large coat of arms of the Republic of Latvia, with the year 2014 and the inscription LATVIJA beneath it. The coin's outer ring bears the 12 stars of the European Union. 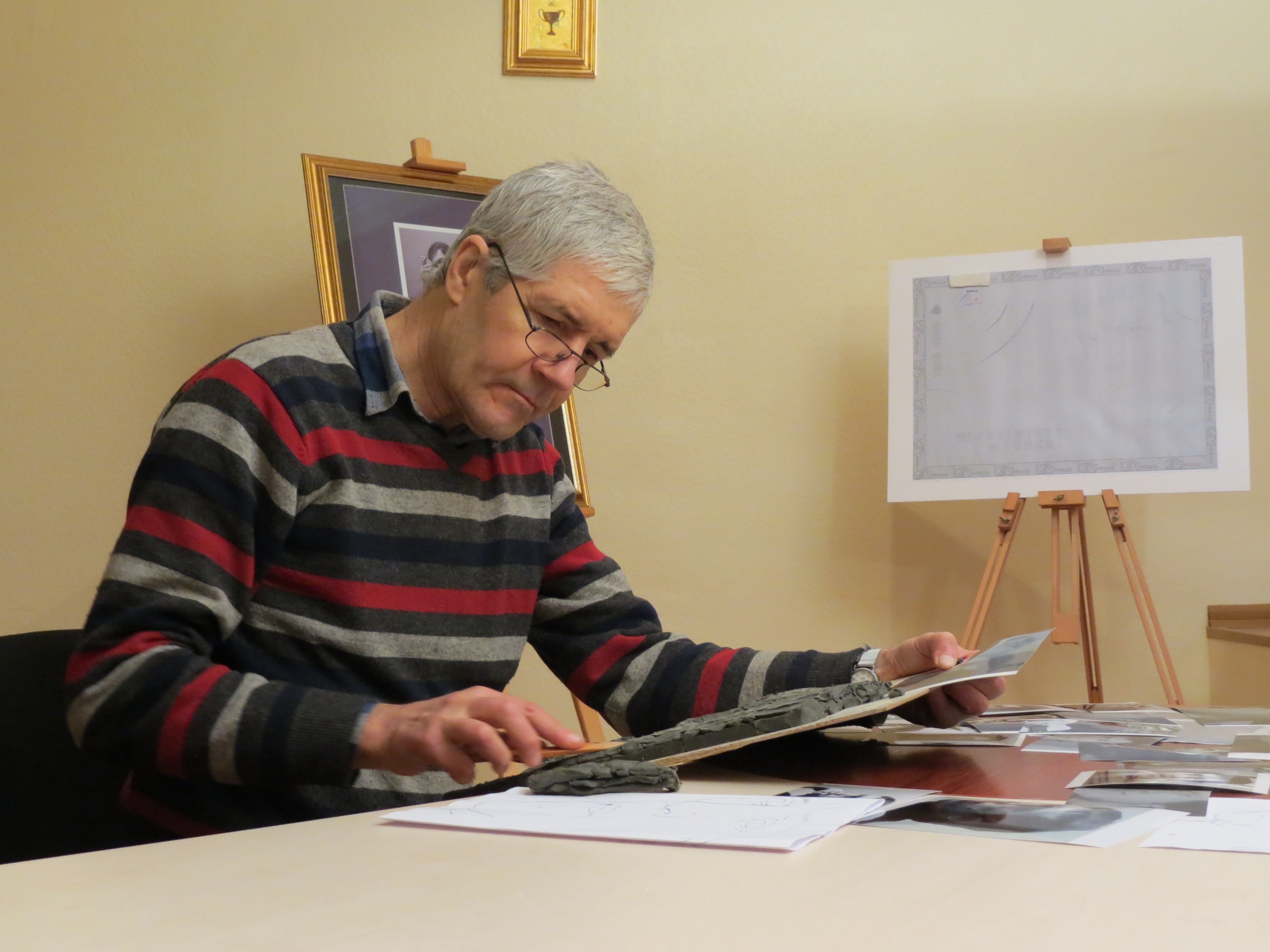 The reverse of the coin shows either the European Union before its enlargement on 1 May 2004, or, as of 1 January 2007, a geographical image of Europe; it also features the numeral 50 and the inscription EURO CENT.