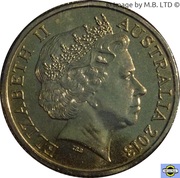 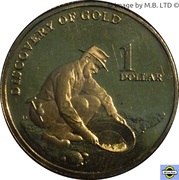 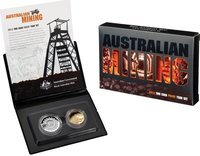 The coin is celebrating the contribution of the mining industry to the economy of Australia and the coins depict  the Australian Mining Industry from the earliest Gold Rush days on the $1 coin to the latest Modern Mining Methods on the 20 cent coin. This is a close up of both proof coins.