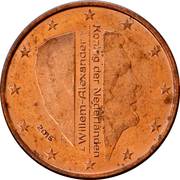 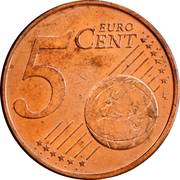 Translation:
Willem-Alexander King of the Netherlands
2015

This piece was engraved by the monetary workshop of Utrecht by several engravers according to the following periods :