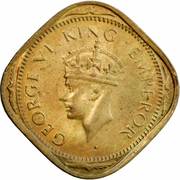 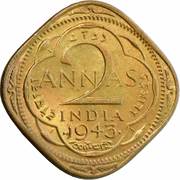 Denomination and date within a floral design surrounded by "two annas" in 4 languages, Urdu, Bengali, Telugu, and Devnagari