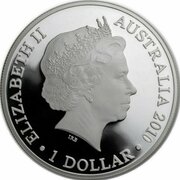 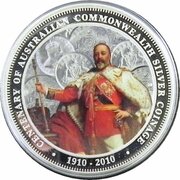 Colourised image of King Edward VII in front of a collection of Australia’s florin, shilling, sixpence and threepence coins issued in 1910