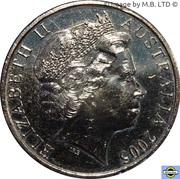 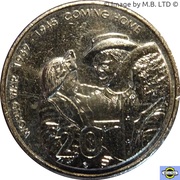 The 2005 Coming Home 20c coin shown above was released by the RAM into general circulation. It commemorates the 60th Anniversary of World War II and invites us to remember the sacrifices made by our troops in those times. This design was inspired by a photograph in the Australian War Memorial collection of a soldier returning home to his family. The RAM also released other similar themed issues during the year, a one dollar coin for Peace and a 50 cent Remembrance coin, all fitting accompaniments to this issue. 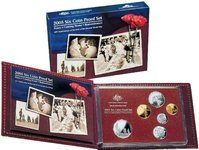 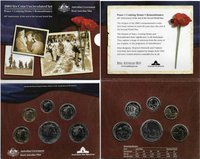 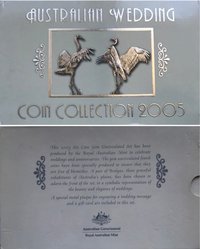 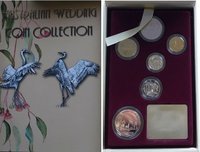 All three of the above mentioned coins were also issued in the 2005 Fine Silver (.999) Proof Set.