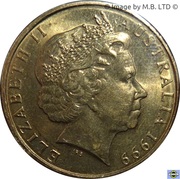 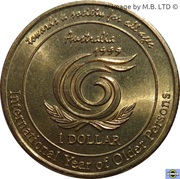 Lettering:
towards a society for all ages
Australia
1999
1 DOLLAR
International Year of Older Persons

The RAM chose this circulating Commemorative $1 coin for the introduction of the Ian Rank-Broadley 4th Portrait of Queen Elizabeth II on its obverse.

Each year the United Nations General Assembly designates a theme to help draw attention to important issues worldwide. It was declared that 1999 would be the International Year for Older Persons. The RAM issued this coin into circulation to mark the event.

Australia Post also issued the Coin in a PNC . 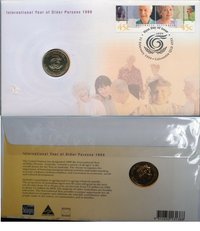 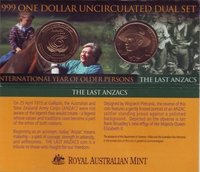 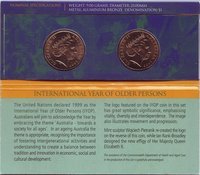