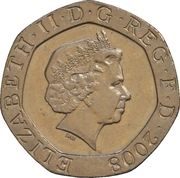 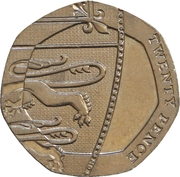 Lower right section of the Royal Shield, denomination to right segment of rim