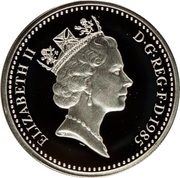 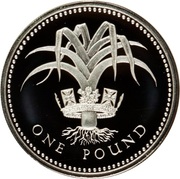 A leek, the emblem of Wales, encircled by the Royal Diadem

In 1985 the Royal Mint released the second one pound coin in the 'Royal Diadem' series, the first with the Maklouf third portrait of HM The Queen. The coin was issued individually and later in a 4-coin set, while also being struck in nickel-brass and silver proof. 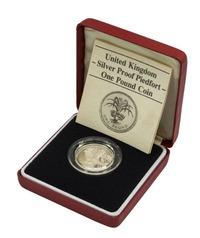 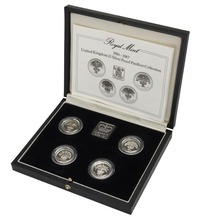 Bullion value: USD 13.42 Search tips
This value is given for information purpose only. It is based on a price of silver at 764 USD/kg. Numista does not buy or sell coins or metal.