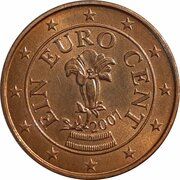 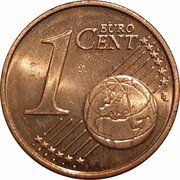 A gentian, which symbolizes a duty to the environment encircled by the face value, heraldic hatchings representing the Austrian flag and twelve five-pointed stars representing the European Union around the rim 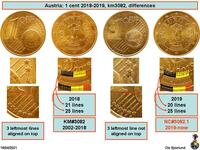 There are small differences in the oblique lines on the reverse in 2018: 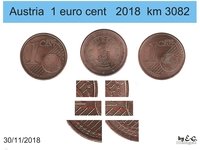