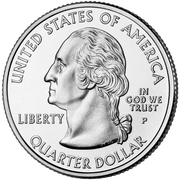 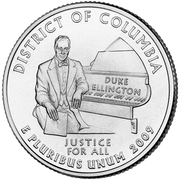 Translation:
District of Columbia
Duke
Ellington
DE
Justice
for All
Out of Many, One 2009