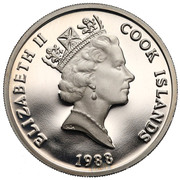 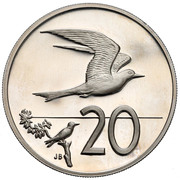 Fairy Tern in flight to right, denomination below