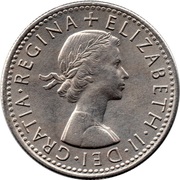 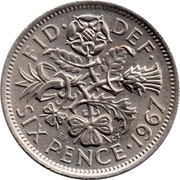 Tudor rose, shamrock, thistle and leek aligned in a cross, legend above, denomination and date below. 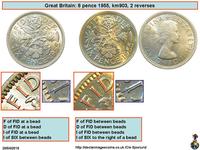 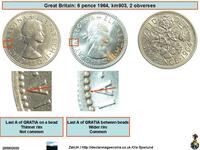 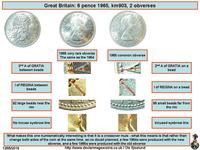