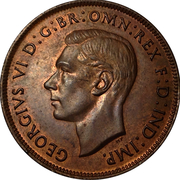 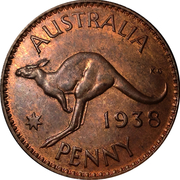 Kangaroo facing left with the date to the right, the denomination below, and the country name above 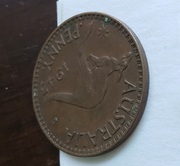